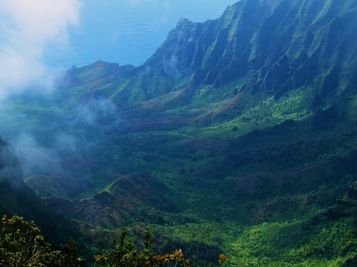 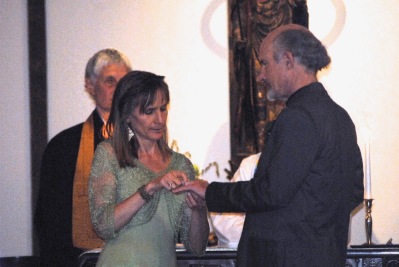 Carol and Chris in paradise 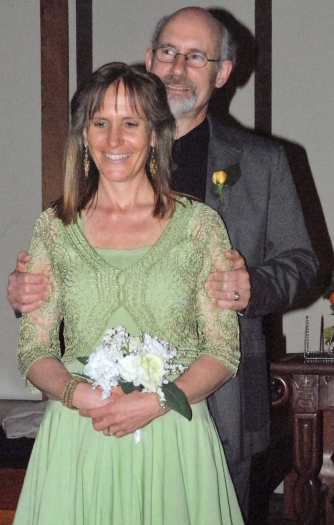 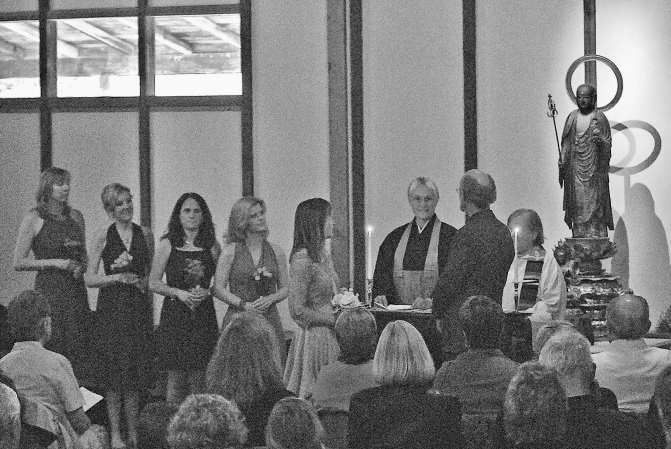 Rev. Fu in a mindful moment 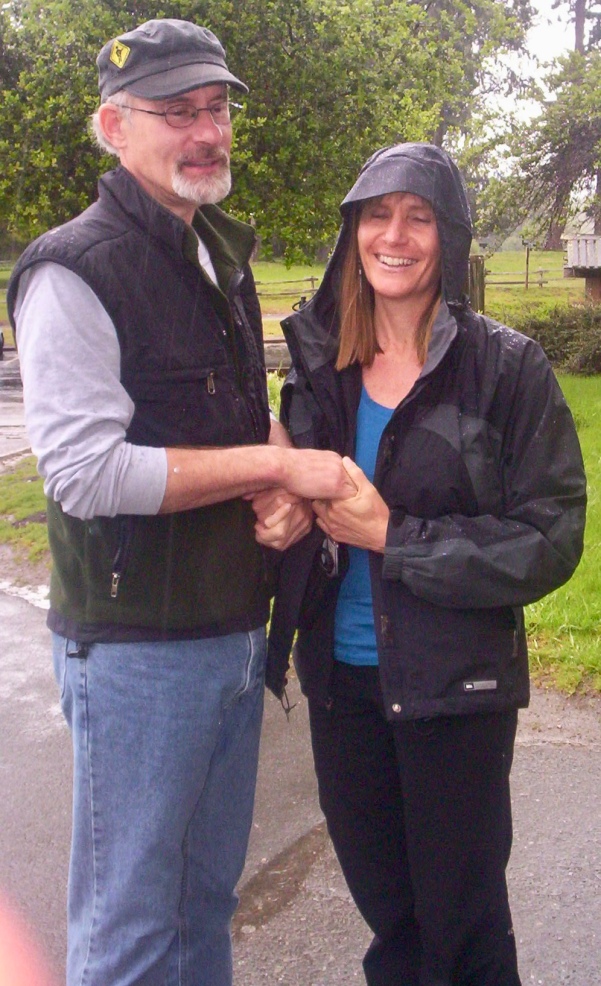 Pause in the rain 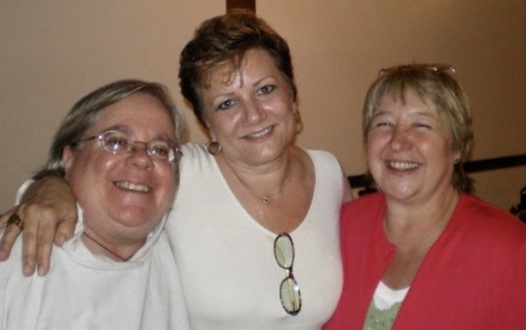 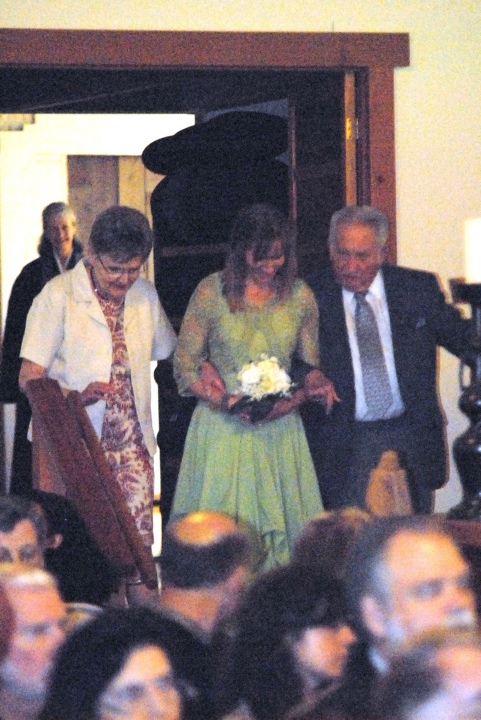 Laughs with the family 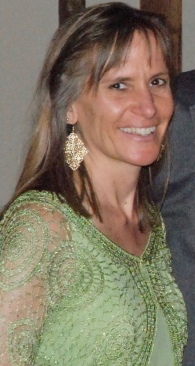 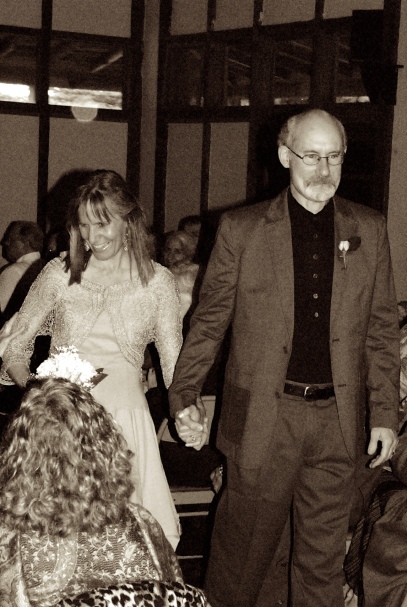 Recess for the couple 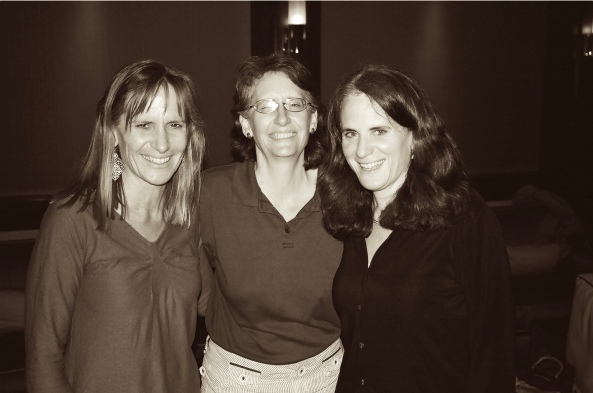 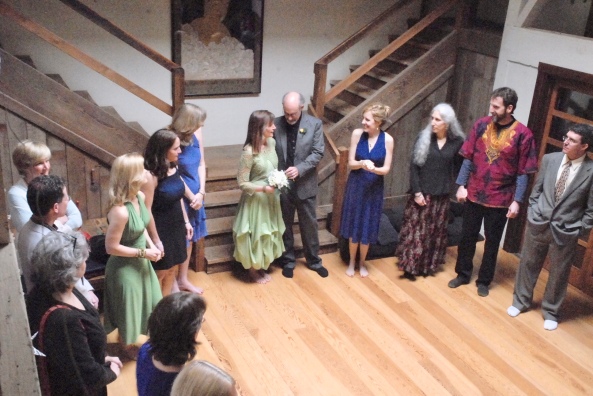 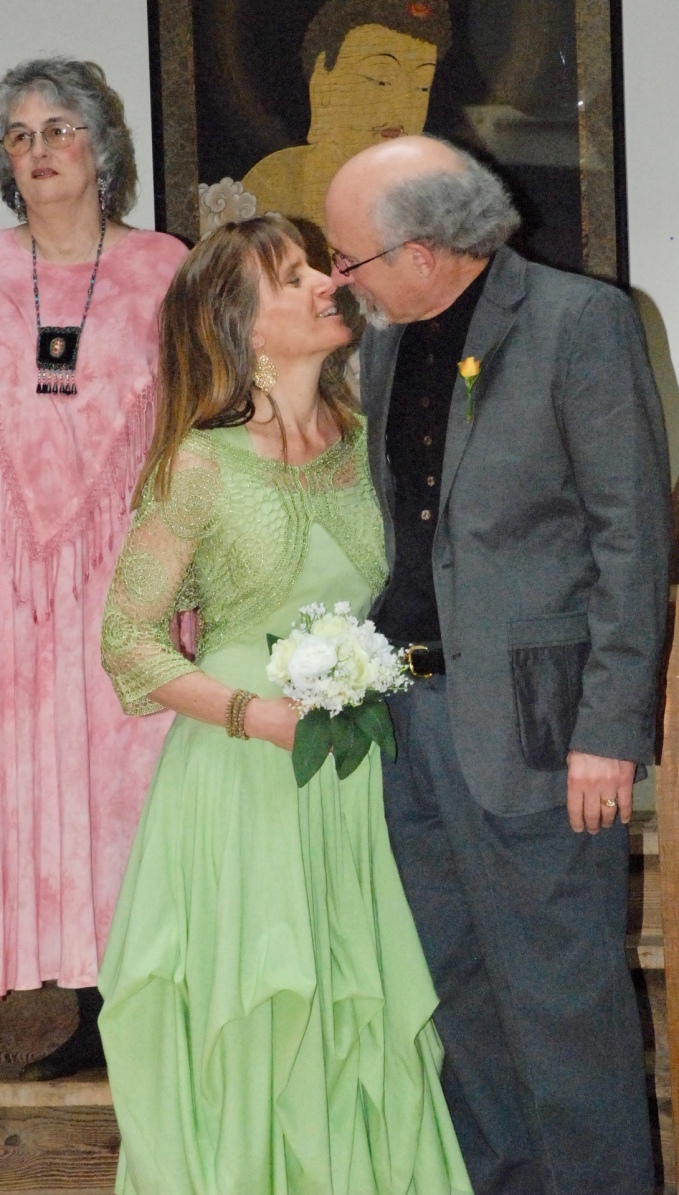 The couple and Macha

Our paranymphs (look it up) 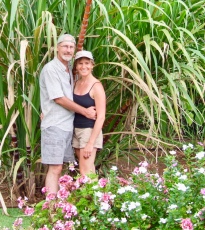 With Todd and Heather (Paranymphs)

Ten years ago this week, my wife Carol and I were married in a very unique ceremony.  I doubt anything like it has ever been seen.

We chose May 2 because it was the 50th anniversary for Carol’s parents, Janet and Charlie.  They decided to renew their vows on the day we would be married (Charlie died the next year, which made the moment so much more meaningful).  After choosing the date, my sister Roberta reminded me that May 2 was also her and her husband Keith’s anniversary.

What made this ceremony so unique?  Interfaith marriages are fairly common now, but maybe not so many bring together a person of faith and a secular freethinker.  Now, add the fact that Carol is a Presbyterian minister and I’m a former Presbyterian minister who left to become a Humanist celebrant, and you begin to see something different was happening.

“The intention of this ceremony is not to mash all the berries of traditions into
one big bowl but to taste the goodness of many who have flavored our lives with their wisdom and love.” (from the program)

Since both of us were involved in Interfaith work for many years, we chose a location that we both loved:  Green Gulch Zen Farm near Muir Beach in Marin County, California.  Some of our friends and colleagues were Buddhist priests at Green Gulch and they welcomed our celebration in the beautiful gardens there.

On the day of the wedding it was pouring rain, so the ceremony had to move into the zendo (meditation hall) which meant all of us had to take our shoes off (so much for fancy new shoes!).  A bagpiper played “Highland Cathedral,” a good Scottish tune, and we gathered under the gaze of The Buddha (who was not wearing a kilt).

Now the wonderful weirdness of the story takes another twisting turn.  For our officiants we chose a Zen priest, a Christian minister, a Jewish rabbi and a Wiccan witch (I’ll give you a moment to pause and picture that).  Quite a diverse selection, right?  How could that be more significant?  They were all women!

Throughout the ceremony we smiled as we scanned the hall in the dim light, warmed by the circle that surrounded us with love, as rain gently fell on the roof, frogs in the pond croaking a natural melody.

Gathered to celebrate our love were family and friends from a wide array of communities:

And others who identify as:

In the mix were some very wealthy folks mingled with very poor.  Small children played among 80-year-olds.

For the completion of the ceremony we all moved into “Cloud Hall” where Macha–our Wiccan friend–led us in a slow “Spiral Dance” while we chanted a Pagan song.

The guitarist who played for our reception there at Green Gulch was a man I befriended when he was homeless and I was chaplain on the streets.

ALL came together to make our Day incredibly memorable … for us, for our family, and I think, for every person who attended this amazing Day of Love and Joy!

If you were there, leave us a comment and tell us how it felt.

If you were not there. . .what do you think of this Wedding?