Freethought, Faith and the Future 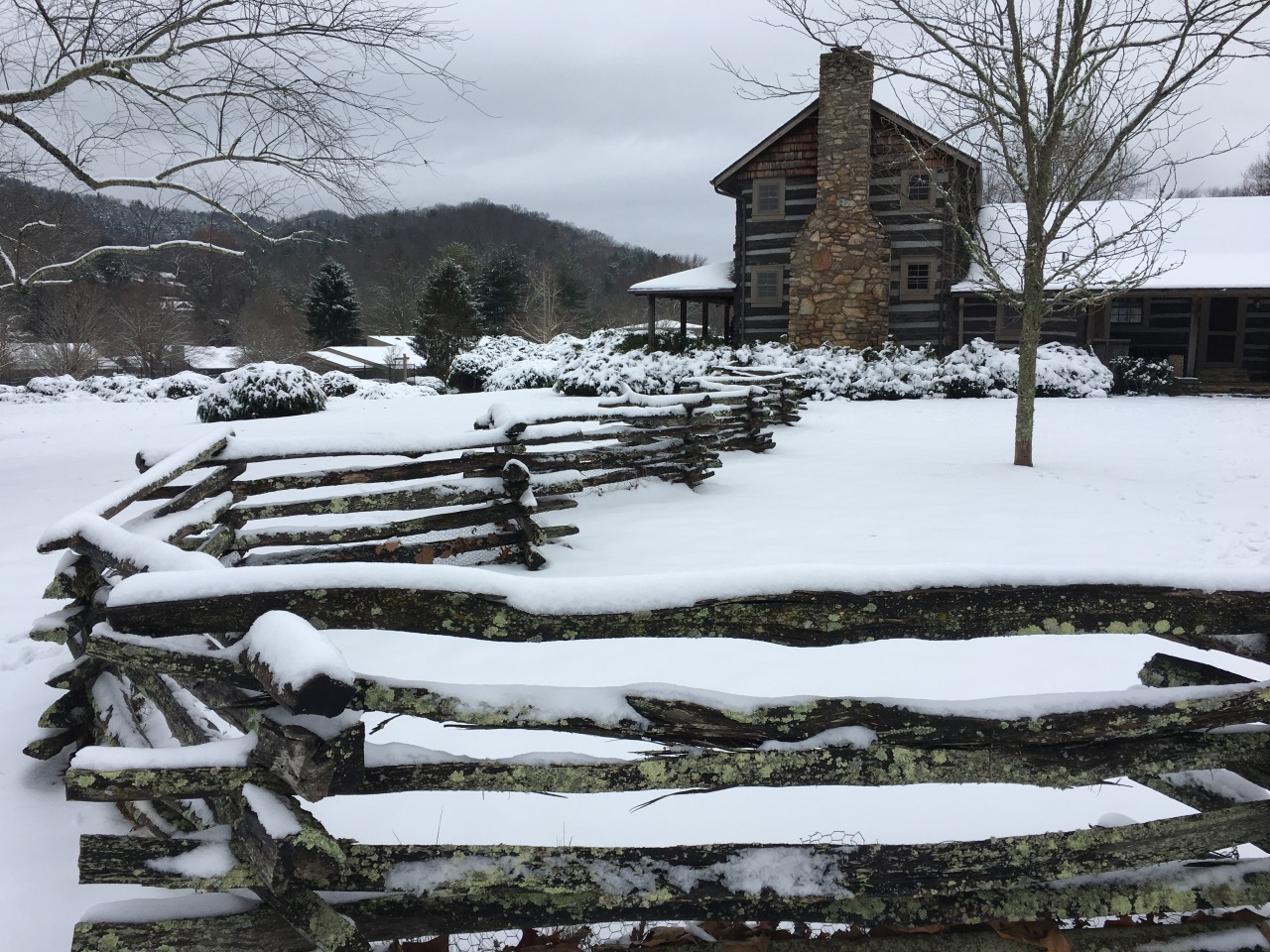 “Freethought, Faith and the Future”
(Could the Secular Vision of Star Trek offer a Way Forward?)

Author’s Note: This essay was submitted to the “Response” magazine published by Seattle Pacific University, the wealthy west coast evangelical university where I received my B.A. in Religion and Philosophy. After a month and two emails, the editor tersely responded that “it’s not a good fit for us.” Yet, as you’ll see, this was carefully written (with a touch of humor) as an invitation to consider what the future could look like if our various cultures of belief chose to cooperate, as Star Trek often envisions.

The college is proud to proclaim they are “engaging the culture” yet, like many evangelicals, they don’t offer much of a “response” to the rest of us– they merely mean that they proudly preach their version of the gospel, having little to learn from frightening alien species like me.

I have been a Star Trek fan since the original series. Gene Roddenberry’s vision of space exploration transported my imagination all the way through Next Generation, Deep Space Nine, Voyager, Enterprise and beyond. Discovery is a bit too dark for me so I’m looking ahead to the next frontier.

At its best, Trek presents a hopeful, cooperative vision of the future rather than the endless conflict of the Star Wars meme with its emphasis on battles between the “force” and the “dark side.”

This is of particular concern in my life, my teaching and writing, and in our divided world. How can we find “common space” to expand our knowledge out beyond our own, often irrational, fears?

In the Star Trek universe, a federation of planets cooperates not to dominate but to investigate other worlds. The crews of starships like Voyager and Enterprise (enterprise: a difficult undertaking or project) are radically diverse in gender, ethnicity, species and religion. With all their differences the crew is committed to a mission to explore, discover, make first contact, build alliances, all of which takes steady effort—a difficult undertaking!

There may be enterprising parallels as we travel through the galaxies of the godly and godless in our day.

It’s good to put a face on freethinkers. Brace yourself for my personal trek and trajectory: raised Protestant, “saved” at a Billy Graham revival, active in Baptist and Presbyterian youth groups, sang in church choirs, led Bible studies, prayed through a Pentecostal and “Messianic Jewish” period, Campus Crusade leadership training … conservative Christian college … on through seminary, ordination, ministry, chaplaincy, ecumenical non-profit work, teaching and writing. Gradually, due to a change of course heading, I emerged as a humanist! (see My Address is a River).

My four years at Seattle Pacific University were critically important. Born in Seattle and emerging from my faith “bubble” I became immersed in the history of religion, world wisdom traditions and Philosophy. Confronting the Great Questions challenged my Great Answers. I took those questions onboard, packed with wonder and curiosity. They became companions on my voyage across the expanse of marginalized ministry.

Through years in interfaith chaplaincy I was called upon to build bridges of relationships every day. These spanned socio-economic, racial and religious divides. It was a special delight to be asked by a jail inmate, a person on the street or a person of a particular faith: “What religion do you represent?” “Is your chaplaincy a Christian ministry?”

The bafflement on faces was obvious when I said things like, “I’m a Christian minister, but this is an interfaith chaplaincy; I represent the compassion of those communities.” Over time I grew to see that our work of listening and assisting where needed was more important than spending valuable time discussing opinions about God, though we did that too (when it didn’t distract).

In other words, bridge-building was more important (and relevant) than wall-building (and the thickest walls are in our minds).

We all know these are fearful times. Yet, we can’t be afraid to engage people who think and believe differently than we do. So let me clear the air and assure believers you can engage people like me and still be ok!

Secular people like me are not out to steal anyone’s faith or silence the voices of faith in the public square. We’re just interested in hearing ALL the voices, not only one privileged voice. And theists should be heard, equally with non-theists.

We just happen to think our world and our communities are better secular than sectarian.

To be “secular” isn’t meant to scare anyone. It merely refers to “this present world and no other.” That may cause a believer some shaking, shock or sadness, but don’t we have to live side by side in the world now, heaven or no heaven?

Freethinkers like me are not trying to delete religion and download a godless world. We’re simply interested in shared software and reasonable dialogue that benefits the whole community rather than one “exceptional” user group. The Freethought tradition (think of Thomas Paine, Elizabeth Cady Stanton, Robert Ingersoll but also “heretics” like Jesus) is fueled not by strict atheism but a healthy agnosticism.

Essentially, freethinkers question the authority of orthodoxy (those who claim they hold the “right opinions”). They remind us that humility is foundational for spirituality as well as skepticism. As I learned in my first college Philosophy class, Socrates was the wisest of all, because he could say “I know that I don’t know” (compare Jesus’ silence when asked, “What is truth?”).

Humanists like me are neither without ethics nor ignoring the wisdom contained in sacred scriptures or spiritual traditions. We simply search for wisdom wherever it may be found. Rather than seeking guidance outside of the natural world, human reason and the human heart are the sources of good or bad decisions. As some humanists say, we can be “good without god.”

And just because we left our supernatural beliefs along the journey doesn’t mean we want everyone to abandon their cherished devotion. After leaving the church, my ordination and my faith, I chose to stay in relationship with people I cared about. There are believers in my family, among my closest friends and my wife is a Christian minister. My classes, weekly columns and published books welcome engagement from freethinkers with or without faith.

Given my relationships, if and when I hear an atheist angrily attack someone’s religious beliefs, I often speak up and push back. I’ve been known to defend sensible religion (nonsense is another matter). All seculars shouldn’t be judged by unreasonable nonbelievers any more than believers judged by the fanatics.

To Go Where We’ve Never Been Before

Creating opportunities to bring the faithful and faithless together for respectful bridge-building isn’t easy. In fact, it may be a very turbulent “enterprise.” But it’s wonderful to see! And I often ask: What’s the alternative to collaboration? Do we need more barriers and fences between people who label themselves in various ways? Do we really believe everyone should think and believe just like we do? Do we always have to be doing battle with the “dark side” or can we “beam down” to something more positive, creative and constructive?

A regular theme that runs through many Star Trek episodes is distrust between species encountered world by world. An innate fearfulness greets the crew in every new interaction. But the attempt is worth it, to push beyond the fears, switch on the universal translator, and take a chance that communication can happen—and maybe a new alliance.

How about we try this back here on earth? This doesn’t need to be a threat pushing us back into defensive positions. Those who believe in other worlds and those who are skeptical can land somewhere, because we’re already here (and the same species!). This tiny blue planet is already our common home, whether or not we choose to think there is another, better home out there.

Neil deGrasse Tyson, director of the Hayden Planetarium, may be infamous in some religious circles because he sees no evidence for a Good God in the universe. On the other hand, he refrains from calling himself an atheist. He’s not anti-religious, trying to use phasers or photons to erase the world of belief. With an active agnosticism he’s inviting us to think, and be amazed, together.

Astronomer Carl Sagan, who thought skeptical science and sacred spirituality could co-exist, once said, “Imagination will often carry us to worlds that never were. But without it we go nowhere.”

I’m not sure about you, but I’m honored to join a crew that celebrates imagination and includes diverse viewpoints. In fact, I’m uncomfortable if the room is full of people who only think like me. I don’t just want to hear myself; I want to know what you think.

So, let’s gather on the bridge, take the helm, engage and explore without fear, shall we? There’s a whole universe open out there!