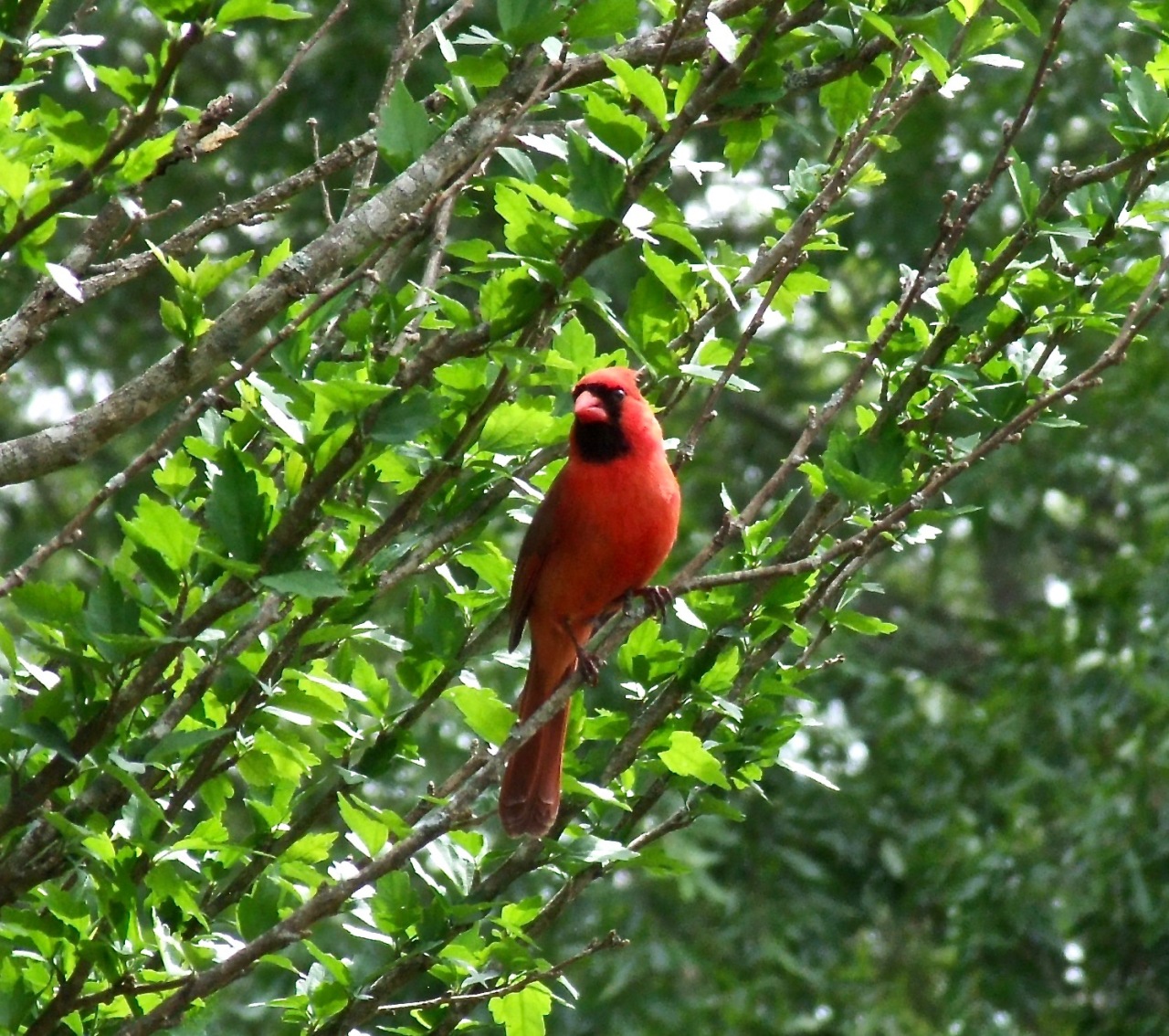 “The Beautiful Noise of Nature (and Faith?)”

I get the feeling sometimes we live on Bird Planet. The variety of winged whistlers is amazing. In their feathered freedom, appearing and disappearing across our field of view they bring an amazing amount of sound—not necessarily “music.” That’s our human-centered way of making sense of the sensory experience of birdcalls.

Nature’s acoustics can be disconcerting at times, even when we welcome the wild concert.

While lying awake with moonlight filtering through branches and blinds, the minstrels of the forest were in full chorus (there’s that musical frame again). I smiled wearily even though some repetitive notes bordered on irritating. I drifted off wondering why their “songs” had to be sung all night long.

The next morning I quipped to Carol: “You’d think they’d get sore throats. I feel like putting throat drops in their birdseed.”

The word “cacophony” came to mind, and though it literally means dissonance and harsh, jarring sounds, I sensed that wasn’t exactly how I wanted to describe it. That which is “cacophonous” is discordant, inharmonious and unmelodious, so I did what I often do when one word isn’t sufficient—I stuck it with a discordant word: beautiful.

Beautiful cacophony. Has a nice ring. Except maybe in the middle of the night.

What’s all this have to do with issues of faith and such? You have to be smiling with me.

Think of the endless echoe of voices calling across the centuries, across the globe and across our eardrums and minds. “Here is God.” “Come to us; come inside; let us tell you the Voice of the Divine.” “Be silent; listen only to our voices.” In dialects of Persia, Africa, China, in Hebrew, Greek, Latin, Arabic, German, English and many, many more—the voices are either a choir or a circus crowd, melodious or odious.

Could it be called a “beautiful cacophony”? In one way, I think so.

Myriads of voices, sometimes blending into harmonious music, other times not so much. They can be harsh, dissonant and sound like nails on a chalkboard. “Make it stop!,” we may cry, pulling the covers over our heads.

Yet, maybe all the noise can, at times, be comforting. In an odd sort of way, the noise of city traffic or a machine can be soothing, almost “spiritual” for some.

I remember as a child, the washer and dryer were just outside my room. I’ve always found the drone of a dryer calming, almost meditative. There are those for whom the hum of the world is not disturbing but reassuring—perhaps even therapeutic.

A sound doesn’t have to hold meaning to be warm and welcoming, even transforming.

Synonyms for cacophony include racket, rattle and roar.

If we consider sermons and scriptures and services marked by rituals, there may come a time when a person hears only those three “R’s”. The jumble of noise becomes jarring. Selective stories from ancient texts and times, proclaimed in a chilled chapel or “sacred” space, no longer stir. “Sanctuary” has lost the feeling of a refuge for free people with free minds and free ideas. The meaning of holy harmonies flutters and takes flight, floating off through the air like the strains of an obsolete hymn.

No wonder “spirit” was once imagined as a bird.

Is this too harsh? Does it rattle and rankle? It doesn’t need to. It may simply be the recitative on the night wind while you’re lying awake in the moonlight. It disturbs but doesn’t destroy.

In other words, those whose voice has long gone unheard or unwelcome, might now know it is their time to rise.

There is a “winged purpose” here. As our secular saint and Civil War chaplain, Walt Whitman, wrote in “Song of Myself”:

“Absorbing all to myself and for this song … .

My tread scares the wood-drake and wood-duck on my distant and day-long ramble,
they rise together, they slowly circle around.

I believe in those wing’d purposes,
And acknowledge [their colors] playing within me.”

Those who no longer hear voices from other times, other worlds, can also be startled to flight, rising, circling around, joining with the cacophony that, in its own strange way, can be beautiful.

The tom turkey displaying his fan of tail feathers outside my window draws the drama to himself. The tiny hummingbird that bumps the window and falls stunned and still, rising again to hum and hitch the wind, has her drama too.

And my drama is not a whisker—or feather—more than theirs and my voice not a whisper more. Somehow I suppose my voice is a small part of the endlessly cacophonous chorus echoing on the wind and on the wing.